At Health care for Women, our physicians are all Board Certified in Obstetrics and Gynecology. In addition, we have a certified Nurse Midwife and Nurse Practitioner. Together, our team strives to meet your medical needs as this is of the utmost importance to them. 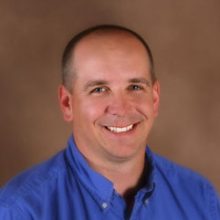 In 2003, Dr. Penney and his family relocated to Idaho after serving as an OB/GYN in the United States Air Force. Dr. Penney lives in Coeur d’Alene with his wife Lori. He has three children. In his spare time he enjoys hiking and is an avid disk golfer. A major focus of his practice is the repair of vaginal and uterine prolapse as well urinary incontinence surgeries. 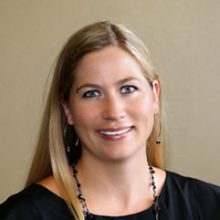 Dr. Richardson grew up in Reno, Nevada and received her undergraduate education at the University of Nevada Reno. She then went on to complete medical school and OBGYN residency at the University of Nevada School of Medicine. Her dedication to medical education and
teaching has been recognized on numerous occasions, having been awarded the Arnold P. Gold Foundation Humanism and Excellence in Teaching Award as well as being inducted into the prestigious Alpha Omega Alpha Honor Medical Society.

Dr. Richardson is board certified by the American Board of Obstetrics and Gynecology and is a member of the American College of Obstetricians and Gynecologists, American Association of Gynecologic Laparoscopists, and American Institute of Minimally Invasive Surgery. She also holds certifications from the Society of American Gastrointestinal and Endoscopic Surgeons Fundamentals of Laparoscopic Surgery program as well as certification in Robotic Surgery. She relocated to Coeur d’Alene in 2016 and lives with her husband, daughter, and son. Prior to that she
performed general OBGYN at St. Gabriel’s Hospital in Little Falls, MN, and between 2014 and 2016 she held the position of Assistant Professor of Obstetrics and Gynecology at the University of Nevada School of Medicine. 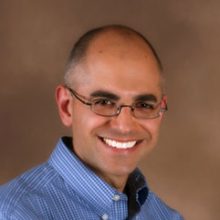 Dr. Helal served as clinic chief of the Women’s Health Center at Offutt Air Force Base in Nebraska before entering private practice. He served as the Obstetrics and
Gynecology department chairman at Ball Memorial Hospital in Muncie, Indiana before relocating to Coeur d’Alene in December 2007. He is a member of the American Association of Gynecologic Laparoscopists and is interested in general gynecologic surgeries and obstetrics.

Dr. Helal and his wife, Shelly, have two daughters, Samantha and Riley. In his spare time he enjoys wildlife photography and physical fitness activities. 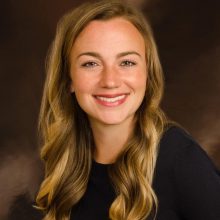 Dr. Ann Johnson is a board certified OBGYN who comes to Coeur d’Alene from Minnesota where she was born and raised. She went to medical school at the University of Minnesota and then attended residency at New Hanover Regional Medical Center, University of North Carolina in Wilmington, NC. She offers the full range of OBGYN care with expertise in routine and high risk pregnancies, contraception, minimally invasive surgery, and management of abnormal uterine bleeding. Dr. Johnson and her husband have three young sons and two dogs. In her free time, her hobbies include cooking, family bike rides and water skiing. 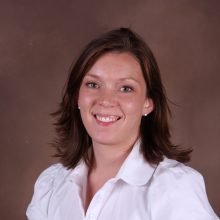 Kate was born and raised in Coeur d’Alene. She received her Bachelor of Science Degree from Lewis-Clark State College. She went on to earn her Master of Science in Nursing Degree through Idaho State University graduating in 2008 from the Family Nurse Practitioner Program. Prior to transitioning into Women’s health, her background was working on inpatient general surgery and orthopedic/neurosurgery units.

Kate and her husband have 2 children that keep them busy. She enjoys traveling with her family and watching her children play soccer, basketball, football, and show livestock. 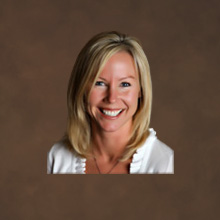 Stephanie moved to Coeur d’Alene from Michigan in 1995 after completing her Bachelor of Science Degree at Albion College where she majored in Biology. She then proceeded to nursing school and graduated with her Master’s Degree in Nursing from the Gonzaga University-Family Nurse Practitioner program. Expanding her scope of practice and post-masters education, she graduated from the University of Washington School of Nursing as a Certified Nurse Midwife. Her passion for women’s health and education lead to a fulfilling faculty teaching position at Gonzaga University School of Nursing where she remains as adjunct faculty.

Stephanie joined Health Care for Women in 2005. She has enjoyed providing care and education to the amazing women of our region since 2002. She is board certified with both the American Academy of Nurse Practitioners and the American Midwifery Certification Board.

Stephanie is married to Adam Olscamp, a local orthopedic surgeon. Together they have 4 children. Their family is very active in skiing, hiking, biking, fly fishing, golfing, and following college football.

Back To Top
Patient Portal

"I love this place and will go here the rest of my pregnancy with my son. They are amazing and their staff are the nices people around. They don't sugar coat anything they tell you straight up how things are going. Way to go ladies and gents!!!!!"
--
N.B.
"Love this place . Dr Penney is amazing and was very understanding with any concerns I had during my pregnancy . Ultimately he ended up delivering my daughter and was very supportive and helpful. I will be sticking with them for future care ❤"
--
S. J.
"I’ve had all my kids here and they are all great but dr helel is my favorite! He’s so informant and takes his time to listen and talk to you!"
--
J. T.